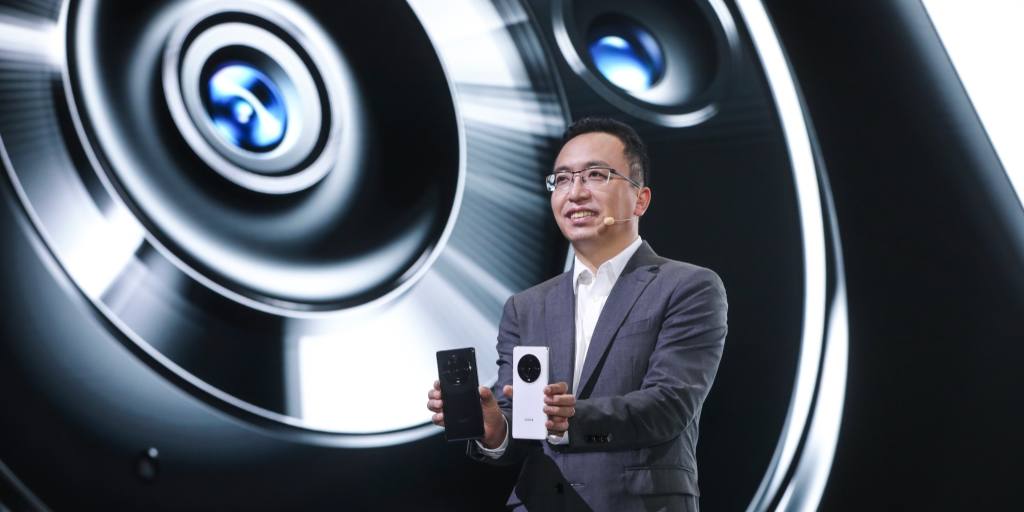 GUANGZHOU – Honor Device, the Chinese smartphone brand derived from Huawei Technologies to evade sanctions on the use of US chips and operating systems, has rebounded strongly in the domestic market after a rocky start.

Driving the recovery is an aggressive push to develop new models, such as the latest Magic3 series. A Guangzhou outlet was packed with customers on Friday, with the biggest circulation being the most expensive device in the series, which sells for 7,999 yuan ($ 1,229).

“We immediately ran out of stock,” said a sales associate. “It will be a long wait if you make a reservation now.”

The offerings are the first new devices in the flagship Magic line in about three years. The phones use Qualcomm’s semiconductors as well as the Android operating system, and have three to four rear cameras capable of 10X to 100X digital zoom, depending on the model.

With prices starting at 4,599 yuan, the Magic is targeting high-end demand.

“Our goal is to make products that will rival or surpass Apple,” said George Zhao, CEO of brand operator Honor Device, at the Magic3 series launch event held earlier this month. this month.

Huawei first established Honor in 2013 as a brand focused on online sales, eventually expanding its sales in physical stores as it became a sub-brand complementing the flagship Huawei label.

Honor has drawn fans in Europe and elsewhere overseas, reaching 70 million annual shipments in 2019 and accounting for around 30% of Huawei’s overall smartphone sales. As a stand-alone brand, it ranked seventh in the world.

But in September 2020, the U.S. Department of Commerce tightened trade restrictions on Huawei, turning the tide for the telecommunications equipment group. The Chinese company has faced significant hurdles in sourcing semiconductors, and its smartphone business has plunged.

Huawei has decided to sell Honor to protect the brand from the fallout from US sanctions. Last November, a consortium formed jointly by an asset manager controlled by the city of Shenzhen, along with dozens of smartphone resellers, took over Honor in a deal that was essentially a bailout by the local government. .

The brand inherited around 8,000 employees from Huawei, many of whom were involved in sales and research and development. At the same time, the new company said it has no capital relationship with Huawei.

Without its powerful backer Huawei, Honor has spent months seeing its share of the Chinese market drop in terms of smartphone shipments. Honor’s 13% slice in the third quarter of 2020 fell to 5% in the first quarter of this year, according to Hong Kong research firm CounterPoint. But its market share has since recovered, to just over 8% in June.

Huawei smartphones cannot include Google apps due to US trade restrictions, but this ban does not apply to Honor. The new company quickly developed “non-Huawei” devices.

The first post-spin-off product, the V40, released in January and features a redesigned back to accentuate the Huawei split. The mid-range “50” series has been a hot seller since its release in June.

Honor could capture a share of around 12% in China in November or December, said Ivan Lam, senior analyst at CounterPoint. Additionally, the smartphone resellers who became Honor’s major shareholders when it became independent could play a role in expanding the company’s physical sales channels, Lam added.

Honor’s activities abroad have become a subject of attention. The company will have a 2% global share in smartphone production this year, Taiwanese market intelligence firm TrendForce predicted in November, while Huawei is expected to have a 4% share.

Customers crowd into an Honor smartphone store in Guangzhou, China on Friday. (Photo by Takeshi Kawakami)

In 2019, Honor and Huawei controlled a combined 17% market share in smartphone production, far behind Samsung Electronics and Apple.

But TrendForce’s forecast was issued during Honor’s first split from Huawei. The company plans to aggressively market its phones outside of China with the Magic3 front and center.

Honor could very well be Huawei’s successor, sweeping the global smartphone market like “the eye of a typhoon,” one commentator said.

There are, however, a few dark clouds on the horizon. U.S. lawmakers have expressed alarm over Honor’s return, with 14 members of the Republican House signing a letter to the Commerce Department on August 6 demanding export controls be imposed on the smartphone maker.

“The Honor sale was not a market-based outcome, but rather orchestrated” by the Chinese Communist Party to “foil US sanctions,” the letter read.

There is speculation that Honor will embark on an initial stock market to ward off the backlash from the United States. . The company is also surveying distributors to find out if they intend to buy stock, according to the reports.

Honor “will have private companies hold its shares publicly traded, in an effort to increase transparency and reduce pressure from the United States,” an industry insider said.

The company itself has not ruled out the prospect of a listing.

“A listing is an option for the future,” CEO Zhao told Chinese media.

There can be no assurance that this decision will allay US fears. If Washington decides to slap Honor with the same kind of trade sanctions imposed on Huawei, it will have a hard time acquiring semiconductors and other items, potentially damaging business. .