Over the past two years, Chinese manufacturer Huawei has fought several bans from the United States. The US government continues to tighten the ban on Huawei in an attempt to block the company. However, it appears that the US ban does not significantly affect Huawei. The ban only affects his smartphone activity and that’s it. Huawei is a multinational corporation with a plethora of businesses. While its smartphone business is clearly one of the most lucrative, its tablet PC business is not doing badly.

According to a recent report from IDC, Huawei’s tablet PC business continues to grow. Overall, the performance of major tablet PC manufacturers in the first quarter of 2021 is remarkable. Total shipping reached 39.9 million units, an increase of 55.2%. This is the first time that the tablet PC market has experienced such significant growth. Since rising 56.9% year-on-year in the third quarter of 2013, this scale of growth has never happened. 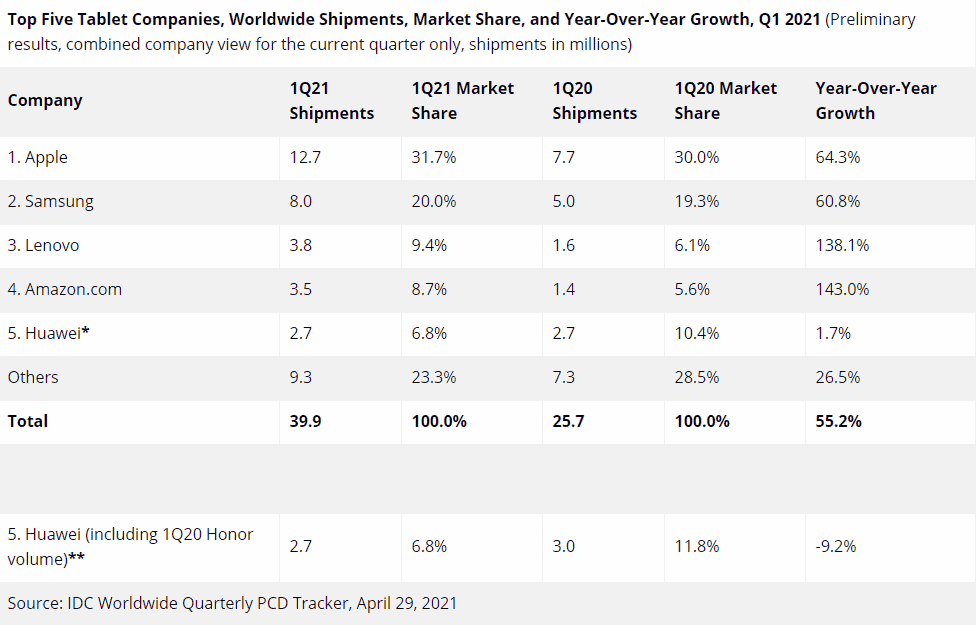 Apple is the leader in the tablet PC market

After Apple, Samsung, Lenovo, Amazon and Huawei (excluding Honor) follow. Samsung’s tablet shipments increased 60.8% this quarter and successfully captured 20% of the market. Likewise, Lenovo, Amazon, and Huawei have all grown. However, Huawei’s growth rate is only 1.7%, which is considered “too low”. Nonetheless, considering his recent woes in the United States, his position in the top 5 is just enough. Due to its low overall growth (Huawei), the company’s market share is also very low.

Even with the addition of Honor’s performance, there is no significant improvement in Huawei’s performance. In addition, IDC also announced the latest Chromebook data. The top 5 in the market hasn’t changed, and it’s still HP, Lenovo, Acer, Dell and Samsung. 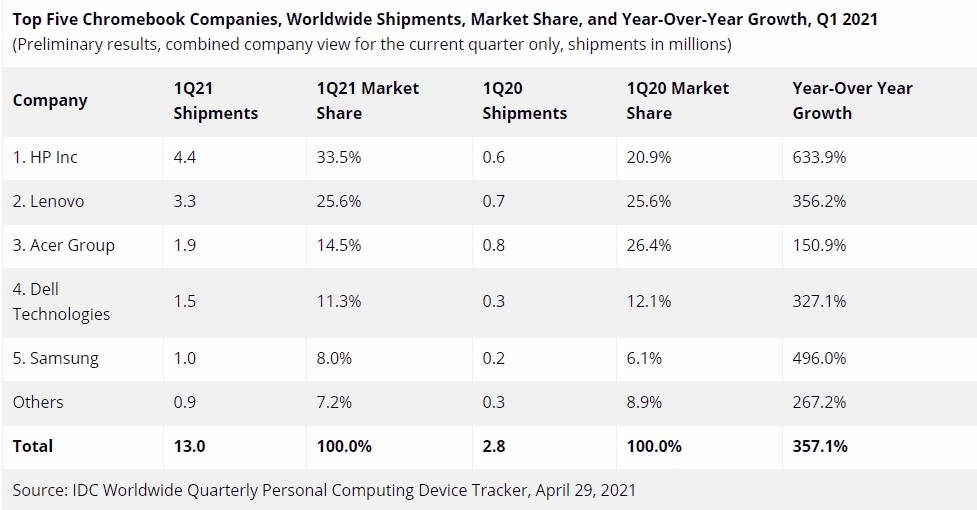 Huawei CEO Yu Chengdong said, “In less than two years, the United States has imposed four rounds of sanctions on Huawei. The company is in an extreme dilemma… The high-end products are mainly given to Apple ”.

Do you think Huawei will find a way around the US ban? Will the Chinese manufacturer end up shutting down its smartphone business? Let us know your thoughts in the comment section below.

Hi guys, good friday! And since we have already changed the format of ICYMI, today we will focus on the offers. That’s right, and today we have a bunch of them that might pique your interest. We have a tablet from Huawei which you can get for under 500 RM and also if you are […]

Huawei’s reputation as an Apple imitator is only growing stronger. The leaked renderings of an upcoming Huawei tablet show a slate that looks virtually identical to the iPad Pro. posted by 91mobiles, the pictures show what is expected to be the successor to the MediaPad M6 10.8. The outlet believes Huawei will stick to the […]

Most people don’t use a tablet these days, but Huawei continues to make some pretty impressive. In particular, the recently launched MatePad Pro 5G is a top-of-the-line model that can even be used for basic productivity tasks. Sources now claim that low-end Huawei tablets could be on the way. According to It is the house, […]